Pushing the limits across boundaries.

The Shanfari Group, one of the most reputed establishments today, had its humble beginnings in Salalah, Oman in 1960.

Formed by His Excellency Sheikh Said Bin Ahmed Al Shanfari in 1960, the Shanfari Group has practically mirrored the development of modern Oman, and stands tall today, as one of the country's most dynamic business groups. Ably guided by the visionary leadership of His Majesty Sultan Qaboos, the Group has emerged as one of Oman's largest industrial and services conglomerate and a valuable contributor to the development of the nation's infrastructure.

From starting off in the 1960’s, to entering a new millennium and now confidently taking on the challenges of the 21st century, the Shanfari Group is a vision come alive for His Excellency Said bin Ahmed Al Shanfari.

We are proud today of the blessings and wise leadership of His Majesty Sultan Qaboos Bin Said, a dynamic leader, with whose guidance, the Shanfari Group of Companies has played – and continues to play a vital role in Oman’s commitment to modernization and development.

Today, the Shanfari Group is among the largest conglomerates in the Sultanate of Oman and one of the nation’s most active infrastructure development companies.With interests covering construction, manufacturing, tourism and transport, the Shanfari Group has diversified into all facets of Oman’s modern economy. Constantly growing, the Group currently has over 25 separate companies and divisions and employs over 2,500 people.

Our future along with that of the Sultanate of Oman is our driving force and we are focused on a path that allows us to achieve both. 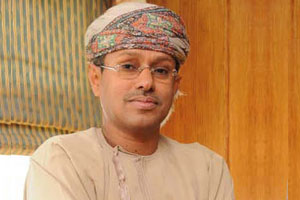 Our journey to what we represent and what we are today as the Shanfari Group may have begun nearly 35 years ago, but there has always been one agenda constant in our endeavors – The growth and development of Oman. I am pleased to say that The Shanfari Group has stayed steadfast to its ideals and along with me, every member of the Shanfari Group starts each day, proud of our contributions to Oman. A drive to excel, that of course, would never have been possible without the continuing encouragement and support of His Majesty Sultan Qaboos Bin Said, Ruler of Oman.

As long as we work together with the same drive that has taken us forward since the early 1960’s, The Shanfari Group will only conquer more challenges and continue to raise the bar in every industry it ventures into.

Finally, I would like to thank everyone in the Shanfari Group and look forward to working together, to conquer newer frontiers and achieve greater success in the future.

H.E. Said Bin Ahmed Al Shanfari (Chairman): One of the most renowned business figures in the Middle East, H.E Said Bin Ahmed Al Shanfari, Chairman of the Shanfari Group, is also a highly regarded man within Oman’s business community. His many distinctions include being a former Minister of Petroleum Minerals Agriculture & Fisheries from 1974 until 1997, when he retired to rejoin the family business. His 24 years in public service was a period that fuelled Oman’s gas industry tremendously. In fact, during his tenure, he personally oversaw the implementation and construction of one of the world’s largest LNG projects, Oman LNG and the Al Maha Petrol station network throughtout the Sultanate of Oman.

H.E. Said Bin Ahmed Al Shanfari is also the former Chairman of the Industrial Bank of Oman, a member of the Oman Chamber of Commerce and is on the Board of numerous public and private companies

Sheikh Dr. Adil Said Ahmed Al Shanfari ( Vice Chairman & CEO ) : Bringing in new ideas and a 21st century outlook, Dr. Adil Bin Said Al Shanfarii, Vice Chairman & CEO of the Shanfari Group, was the perfect growth pill for the Shanfari Group as it focused its energies into the new millennium. Dr. Adil Saeed Ahmed Al Shanfari graduated with a Degree in Business in 1988 from the University of Denver and joined the Group in 1994, after spending a few years working in the USA. He currently overlooks all the day-to-day activities of the Group.

In addition to his full time responsibilities, Dr. Adil Bin Said Al Shanfari also holds Chairman and Director Positions in a number of SAOG and SAOC companies. In August 2008, he was conferred the Honorary Doctor Degree by Woosuk University, Korea.

Successful development of its people by encouraging empoverment and inculcating responsibility.
Building the Company’s expertise in different fields.
Development of sound business partnerships.

To be an inspirational symbol of business success in Oman and Middle East as a Corporate with an International Net work and a strong focus on maintaining the highest professional standards..

The Shanfari Group, one of the most reputed establishments today, had its humble beginnings in Salalah, Oman in 1960. It all began when His Excellency Sheikh Said Bin Ahmed Al Shanfari, a man of great vision, chose to start a small trading company and become one of the first traders in Oman. Taking advantage of the developmental climate in Oman then, he soon diversified into construction and infrastructure development. A critical decision that saw the Company grow with Oman!

Building on this rich heritage at The Shanfari Group is a new generation with new ideas led by the vibrant Dr. Adil Bin Said Al Shanfari. However, it is a team, whose ideals and focus to contribute to the development of Oman, unwaveringly, remains the same.